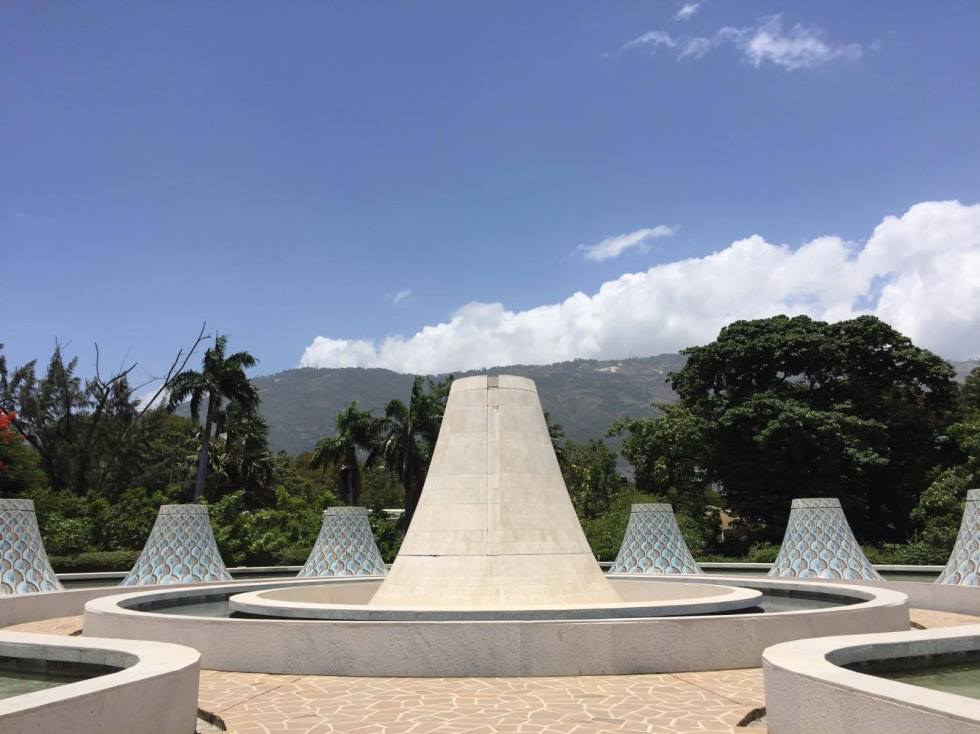 We spent most of Tuesday and Wednesday, our first two days, reuniting with friends and family who had either never left Haiti, or who had chosen to return out of love, for work, or both.

Among the former group, were my aunt, and three of my mother’s cousins, the aforementioned pressers of uniform pleats, who had been teenagers when I saw them last, and who are now in their sixties. Talking with them made me realize just how easily a conversation in Haiti weaves the mundane with the magical. One moment they’d be sharing tricks on how to cook the distinctly Haitian black djon-djon mushroom, and how long one should ferment pineapple rinds in clairin (basically moonshine liquor) for optimal flavor and potency, then they’d bring up the wells on our family property, then the water in the wells, then the turtle who reportedly took up residence in one, and ultimately make their  way to the spirits who were known, in the collective Haitian consciousness, to inhabit all wells and bodies of water.

This brings us to the magic of Thursday morning, when we started the guided portion of our trip. There is relatively little tourism infrastructure in Haiti, and there was no way we were going to wing it with my parents and small children in tow, so I contracted with a local tour operator, Tour Haiti, to both get us and show us around. I’m hanging out in the lobby of the Karibe Hotel waiting for our guide, when in walks Romel Jean-Pierre, a young artist and filmmaker I met last year when he’d visited my school, and had popped in to astound my Literature of the African Diaspora students and me with his talent, eloquence, and self possession. I approached Romel, just wanting to say hi before it dawned on me that he was going to be our PauP guide! The coincidence was both remarkable and fortuitous, as he managed to endear himself to my entire family by the time we made it to the day’s first stop, The Musée du Panthéon National Haïtien, or MUPANAH.

The MUPANAH has a small, but impressive collection of Haitian historical artifacts, from the anchor of Christopher Columbus’s Santa Maria, to the silver gun Roi Christophe, King of the North and builder of the Citadelle, used to commit suicide and evade capture by rebel forces. Then there’s the spectacular gold, jewel-encrusted crown of Emperor Faustin I (1849-1859), and not to be outdone, the unequivocally Haitian  juxtaposition of “Papa Doc” Francois Duvalier’s stethoscope with his personal machine gun, its body and barrel beautifully encased in a shell of polished wood.

Our next stop was a mercifully short visit to the Marche en Fer, or Iron Market, with its endless rows of paintings, vaudou paraphernalia, wood carvings, and other souvenirs for sale. The chaos both in and around the Iron Market is almost surreal. In fact, our tour van got into a fender-bender with a tap-tap, who was determined to pass us on the right, all in full sight of a traffic cop, who pretty much encouraged both parties to keep it moving. Needless to say, our friend the tap-tap driver, in true abracadabra fashion, careened off, never to be seen again. 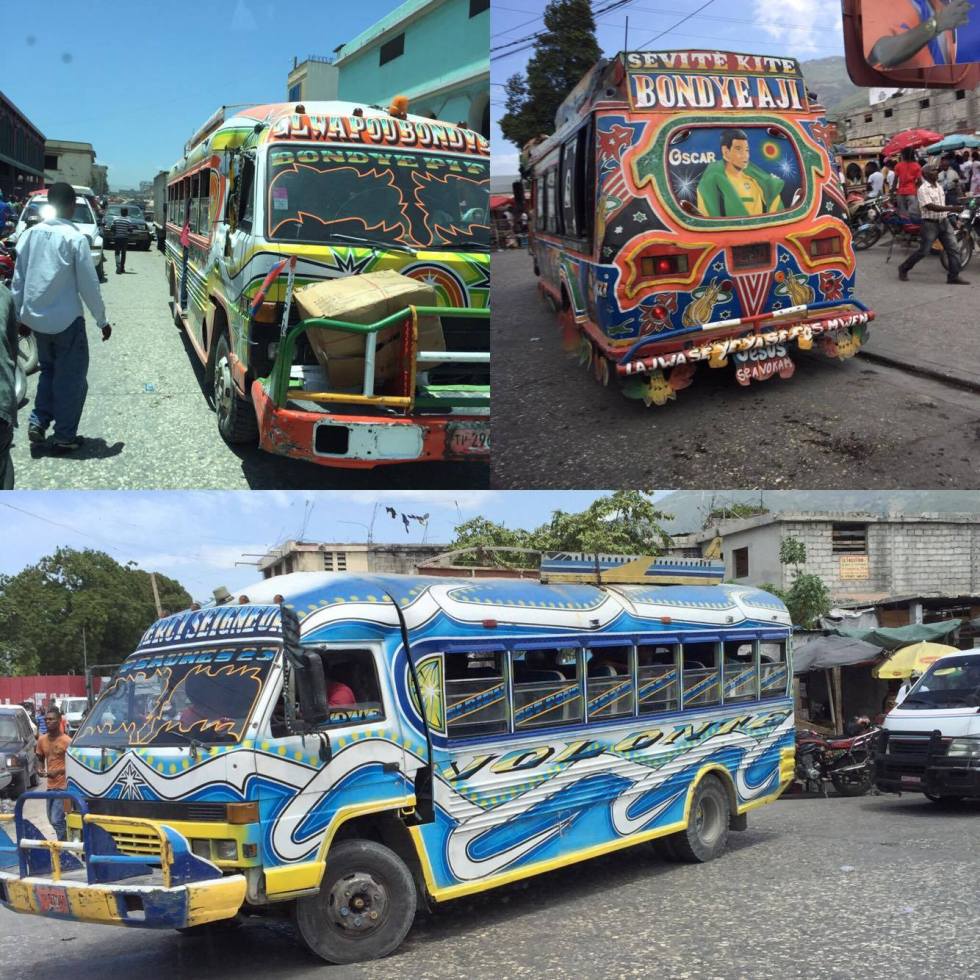 Then we visited Atis Resistans,  Romel’s creative home-base, and a vital testament to the power of found objects, reimagined and repurposed. 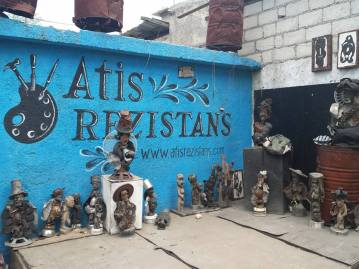 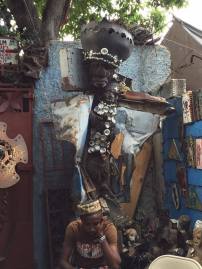 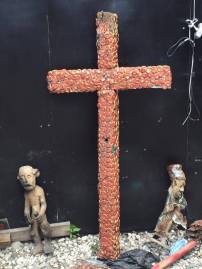 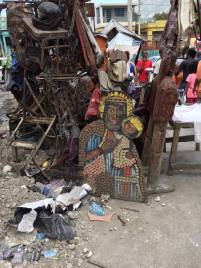 We then stopped for lunch at The Hotel Oloffson, one of Haiti’s most distinctive architectural gems, and as the backdrop of Graham Greene’s The Comedians , a must-see for literary geeks like me. Honestly, the food wasn’t the best, but the atmosphere was second-to-none.  The Oloffson is feast enough for the other four senses, and perhaps the sixth as well.  Driving up to this particular hotel, and being greeted by the sounds of drumming,  which continued sporadically throughout our meal thanks to dance lessons in the courtyard, seemed entirely a propos. 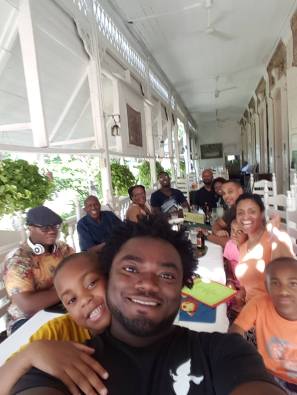 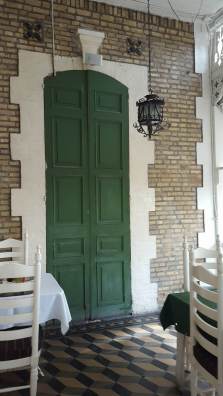 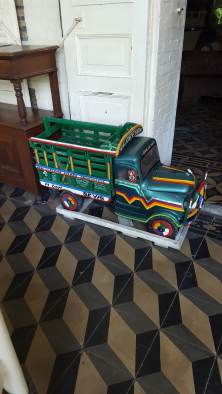 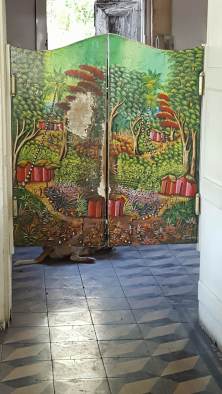 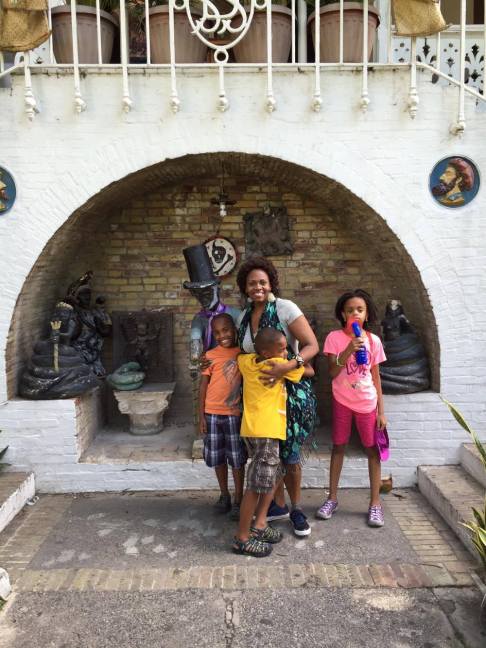 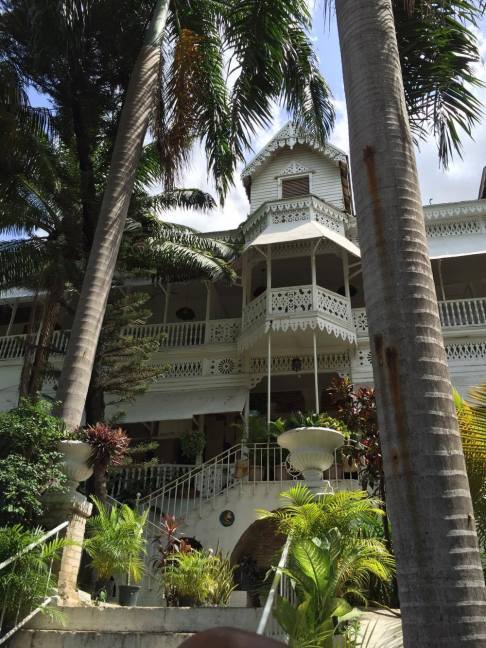 From there, it was off to a scenic mountain top overlook at Boutilliers, and then home to rest. 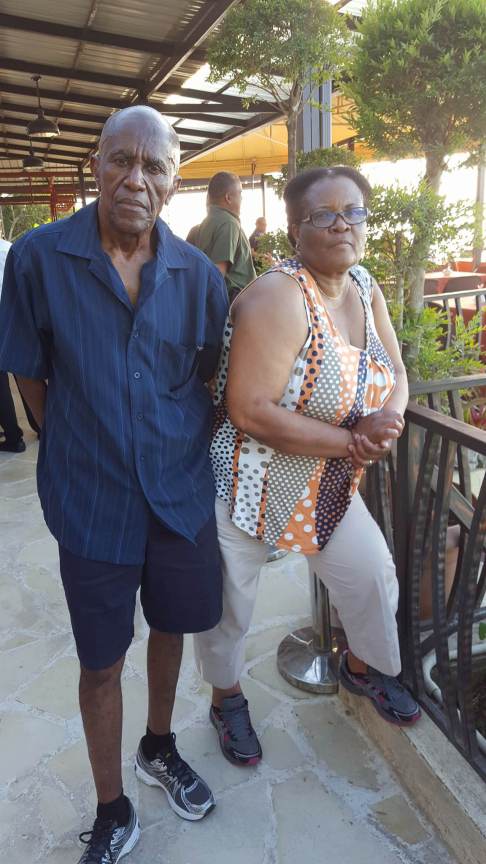 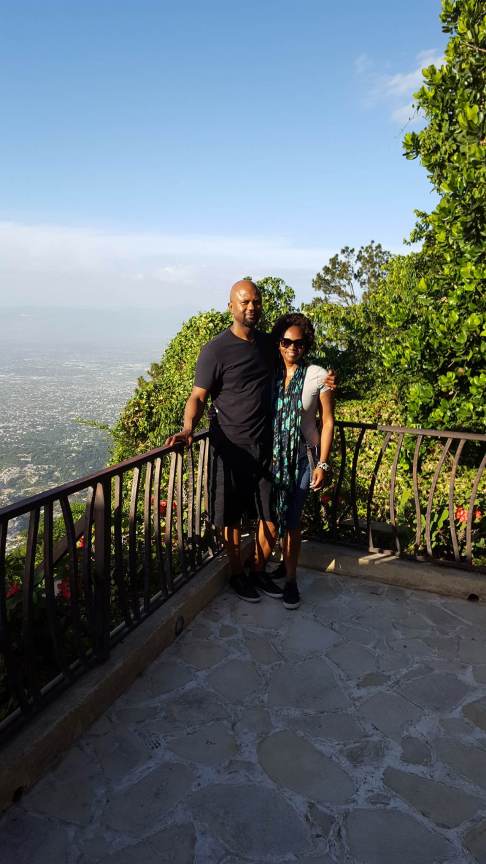 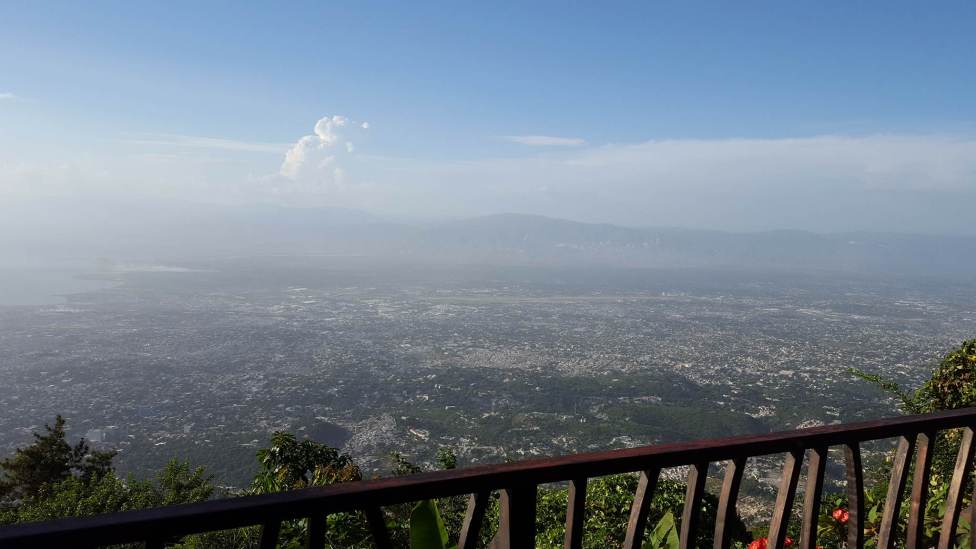