Lost and Found: What I Learned from this Sojourn 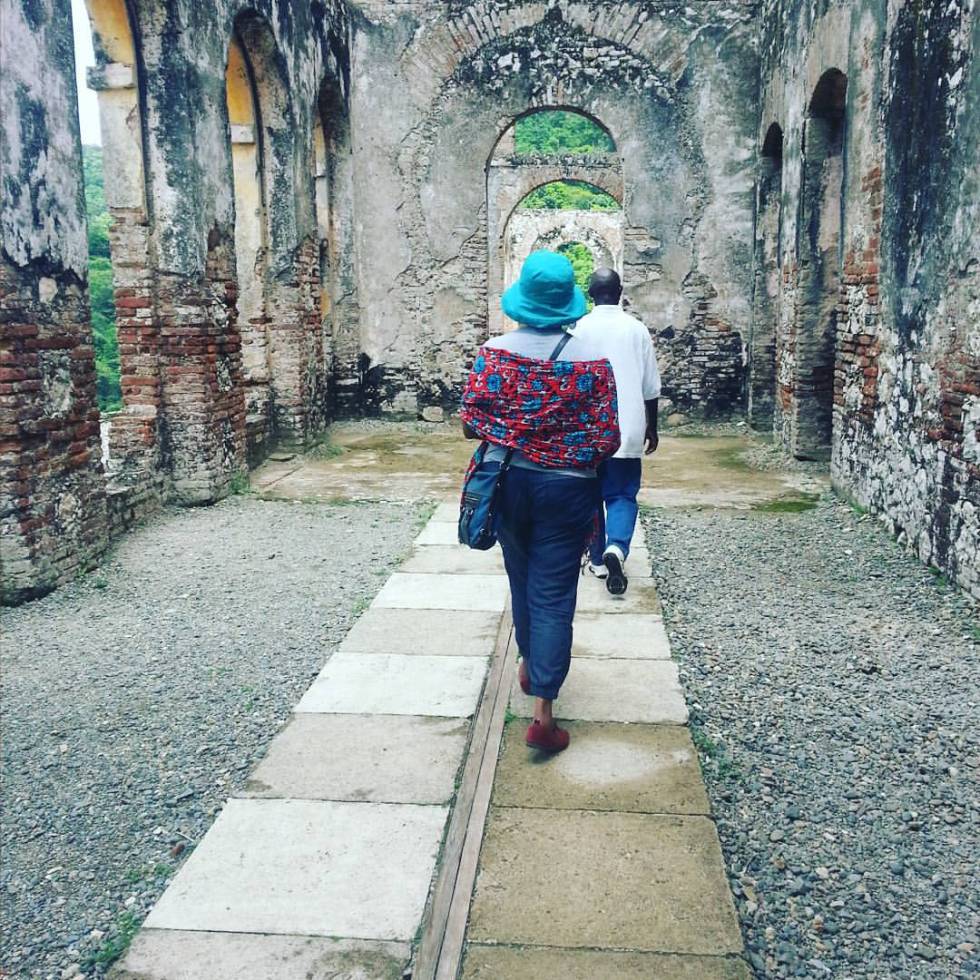 Chinua Achebe’s Things Fall Apart has one of the most powerful endings in literature. In this novel which chronicles the dramatic rise and ultimate downfall of Okonkwo, a black Ibo clansman, the story is literally and figuratively taken over in its final chapter by the District Commissioner, an unnamed, incredibly minor white character, who is unequivocally, by that point, in charge. Despite the complex two-hundred plus page narrative about Okonkwo that precedes the District Commissioner’s late entrance into the book, he concludes that “The story of this man..,would make interesting reading. One could almost write a whole chapter on him. Perhaps not a whole chapter but a reasonable paragraph, at any rate.” And so begins, as Achebe suggests, the “chapters” or “paragraphs” perpetuated as complete stories of Africa in the West, by the West.

The chapter or paragraph that is Haiti’s Western narrative begins and ends with the classic “poorest country in the Western Hemisphere” line, an idea that defines Haiti’s value strictly by dollars and cents, and which goes hand in hand with the abject desperation and violence which is the only Haiti we see in the media. It’s the one image that is now permanently cemented in people’s minds since January, 2010, when Haiti made news yet again for its seemingly uncanny ability to attract bad luck. This is why, even as a native-born Haitian, people wish you “safe travels” instead of “bon voyage” when you tell them you’re going to Haiti, why it took decades for my family and me to return, and partly why some dyaspora like us never will.

Haiti is poor. This is not about disputing facts. It’s hard to overstate its challenges, which I’ve now seen firsthand with grownup eyes. The long tradition of Haiti as a political disaster lives on, and we’ll leave it at that.  Port-au-Prince is incredibly over-crowded, still shell-shocked from the quake, and parts of it (and Cap-Haitian, to a slightly lesser extent) are buried under seemingly impregnable walls of trash. 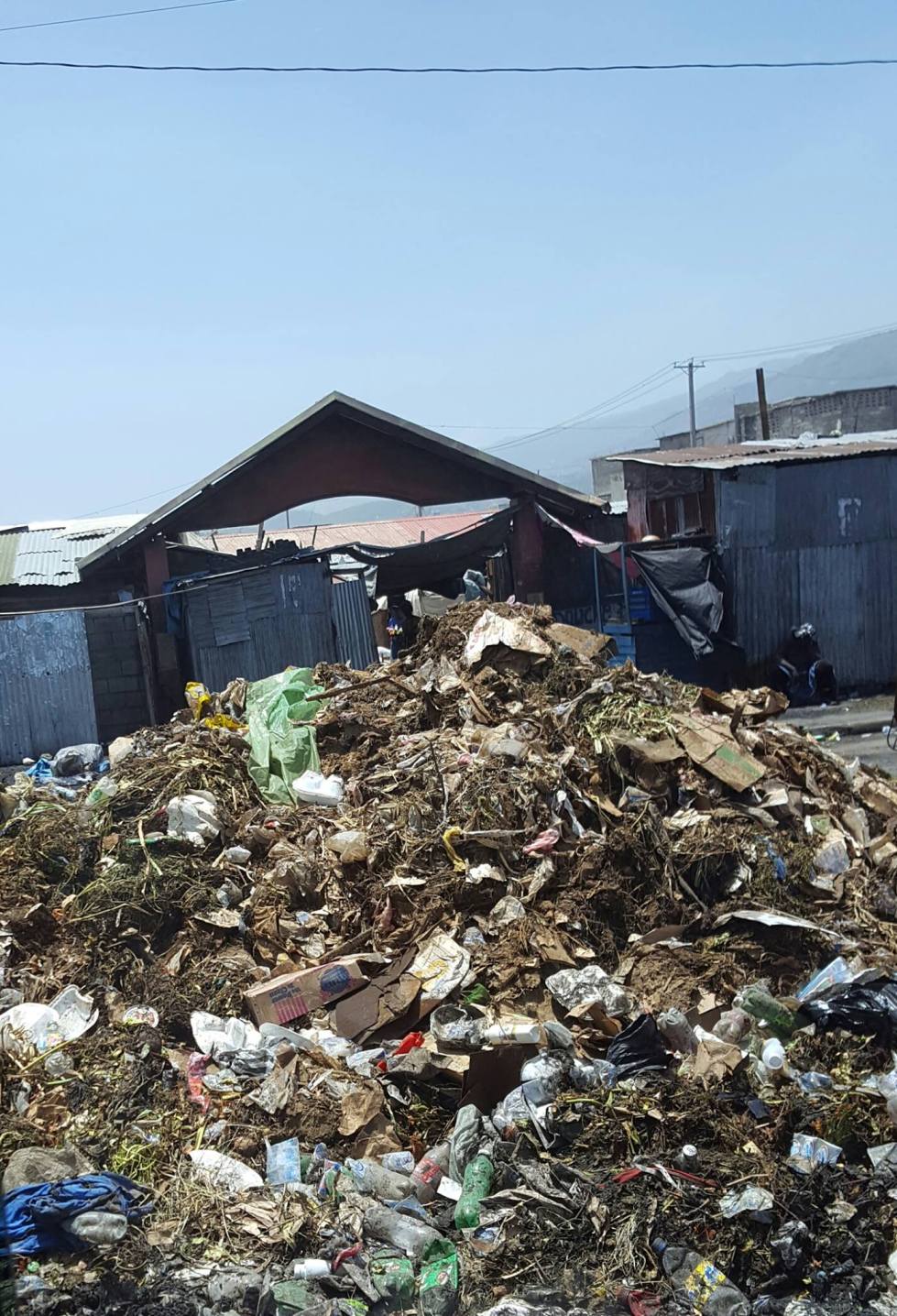 We rode around the city with my parents, listening to their sighs and lamentations for the city they remember, which while not great, was better, cleaner, and more orderly. The metamorphosis of PauP’s Grand Rue drew the most gasps, as they mourned the loss of what was once a street of shopping plazas with honest-to-goodness store windows, and one which was also home to the now defunct Boulangerie St. Marc, the grandest, best bakery in town.

Grand Rue in its heyday.

Their reactions confirmed that my cherished childhood memories were not so fantastical. The spirited, yet peaceful excursions with my grandmother to church, for treats, or to designated outdoor markets really did (and could) occur once upon a time. “Markets” are now everywhere, spread out like weeds, burning their garbage, and impeding progress in every sense of the word.  There are so many pop-up markets in PauP that  it’s not uncommon to see rows of neophyte merchants lined up by the dozen, each selling an identical stack of mangoes.

In short, there are people everywhere, with little to hang onto but hope.  One of my parents’ friends joked that everyone left the city after the quake, only to return a short while later, with fifteen friends apiece.

But Haiti is also rich, and that is indisputable as well.

As I’ve tried my best to convey in earlier posts and in the ensuing images in this one, there is beauty everywhere, even among the ruins, old and new.  In fact, with seemingly so little imposed order, there’s something beautiful and miraculous about the fact that large cities, like PauP and Cap-Haitien, function at all–that despite the chaos, people find ways to get around, get along, and get by.  My favorite example of this is an outdoor community workout session that takes place along the sea wall every morning across from Auberge du Picolet, our hotel in Cap-Haitien.

And of course, life is a little simpler and slower in smaller cities and towns, as reflected in this market scene in Gonaives:

Haiti’s scenic beauty, despite environmental ravages, is also remarkably lovely, and certainly not hard to find if you’re looking.  This collage doesn’t even include the incredible  beaches. 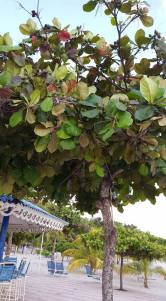 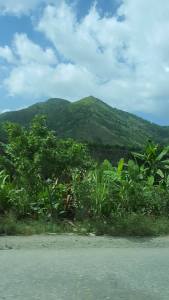 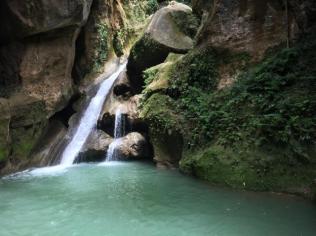 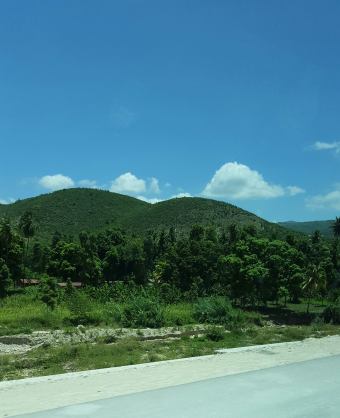 But, of course, there’s more….

Ultimately, Haiti can no more be defined by a chapter, a paragraph, or what writer Joel Dreyfuss calls “a cage of words” than Achebe’s Okonkwo can. And in these times, when the richest country in the Western Hemisphere finds itself so poor in spirit, there’s a lot we can learn from the intrepid people of the poorest.  Haiti needs  to have its full story told, and the world, particularly those of us who are of Haitian descent, deserves a more complete narrative as well as a bigger picture. I’m so glad our family returned to find these for ourselves, so we can spread the word. 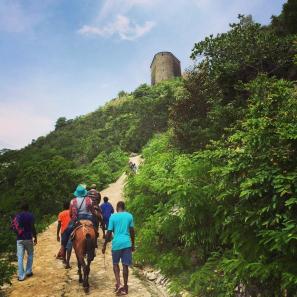 Riding up to Citadelle La Ferriere felt like a fitting end to this pilgrimage. 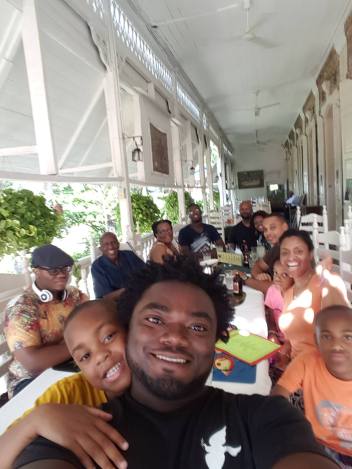 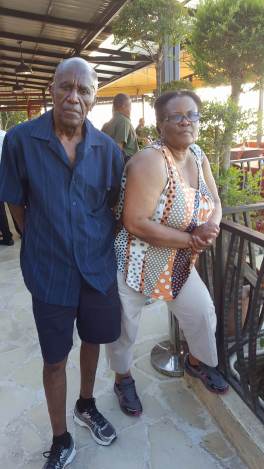 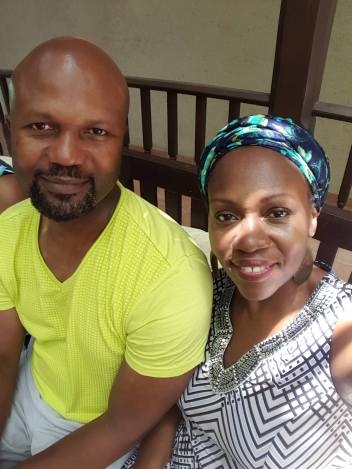 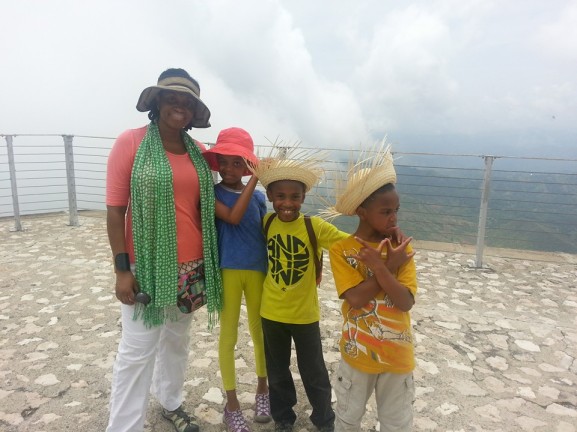 ← Triumph On The Mountaintop: Citadelle Laferrière, a Reflection in Photos
Shall We Gather at the River?: Gullah Voices and Echoes →

2 Comments on “Lost and Found: What I Learned from this Sojourn”