Advance, Retreat, Maneuver: Getting Going at The Globe 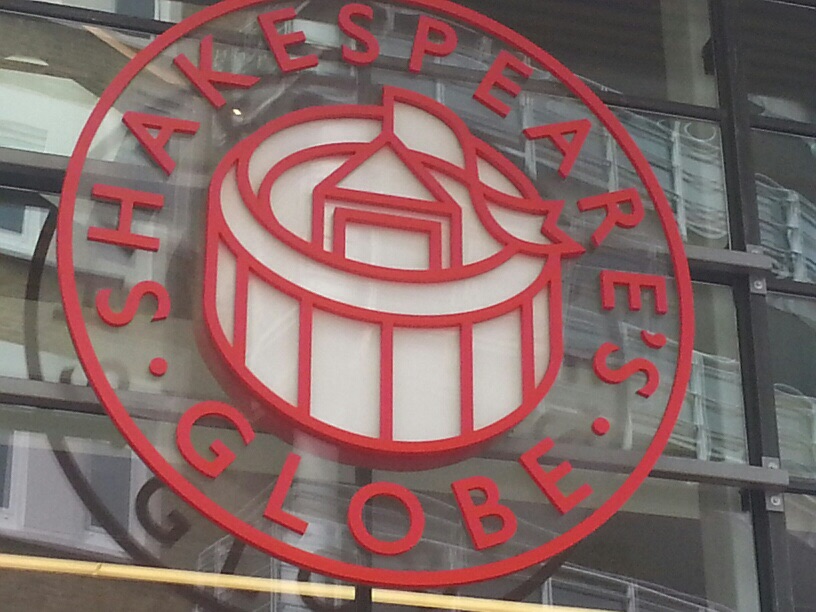 It all begins here.

The title of this post is a shameless rip-off of one of the techniques we learned on the first day of TSTP, but I think it speaks to the day as a whole, so, with apologies to Colin Hurley whom you’ll meet later in this post, I’m going to misappropriate liberally here, starting with breakfast:

Cafeteria tray in hand, I advance in the line manned by a trio of curt no-nonsense ladies, point to the scrambled eggs, receive the fried eggs instead, wisely retreat without argument, and maneuver towards the extra carbs which I’ll be having for breakfast in lieu of protein.

My next advance is far more pleasant as I find fellow TSTP classmates with whom to share the morning meal. After breakfast, we retreat to our respective rooms for bags and brollies (of course it’s raining), then maneuver the three minute trek to the Globe.

The day begins with a little history of Shakespeare’s Globe and its founder, Sam Wanamaker, introductions to the lovely Globe Education staff, including the very funny Patrick Spottiswoode, Education Director, and meet-and-greets with the 24 teachers who’ll be my classmates for the next three weeks. The Globe’s approach to education, especially for school-aged children, is expressed in two words: “Lively Action” (a/k/a performance), and after preliminary tours of the big stage and the new Sam Wanamaker Playhouse, which includes a rather lengthy Q&A on the use of “naked flames” via real-life candles in a wooden playhouse, we retreat for lunch and return to begin putting this lively action into practice.

The afternoon’s workshops are held in a rehearsal room at The Globe’s Sackler Studios, where we had done our preliminary introductions earlier in the day.  The proverbial party gets started the moment Fiona Banks, our facilitator, directs us to push our chairs aside; there’s no retreat from there:  We self-reflect, draw pictures, improvise scene tableaux, and play “Crocodile, Crocodile, May I Cross the River?” in what seems like record time.  This, it turns out, is just the warm-up for Colin Hurley, our first acting coach, and the source of this post’s title.

A sardonic “Hello Bastards” is Colin’s unique, not undeserved approach to us as he enters a room full of people (myself included) having retreated to our smart phones upon Fiona’s departure, and it’s all downhill from there in the best possible way.  Colin’s session is a crash course in loosening up and losing control, which he only appears to do during the chaotic “circle time” in which he attempts to learn our names.  We progress from the initial circle to three circles of performance: soliloquy ( “Now I am alone.”), dialogue (“Hello, my friend.”) and addressing a crowd (Hello Everybody!).  Eventually we graduate to a few lines of As You Like It, our performance play, and the actual technique I’ve only vandalized here ’til now:

1. Advance: Look over the line, then speak it directly to your partner while taking a step toward him/her.

2. Retreat:   Your partner does the same while taking a step back.

3. Maneuver:  React to your partner by speaking the next line while stepping forward, backwards, or to the side as appropriate.

I’ll be using this one a lot– both in and out of class.

2 Comments on “Advance, Retreat, Maneuver: Getting Going at The Globe”